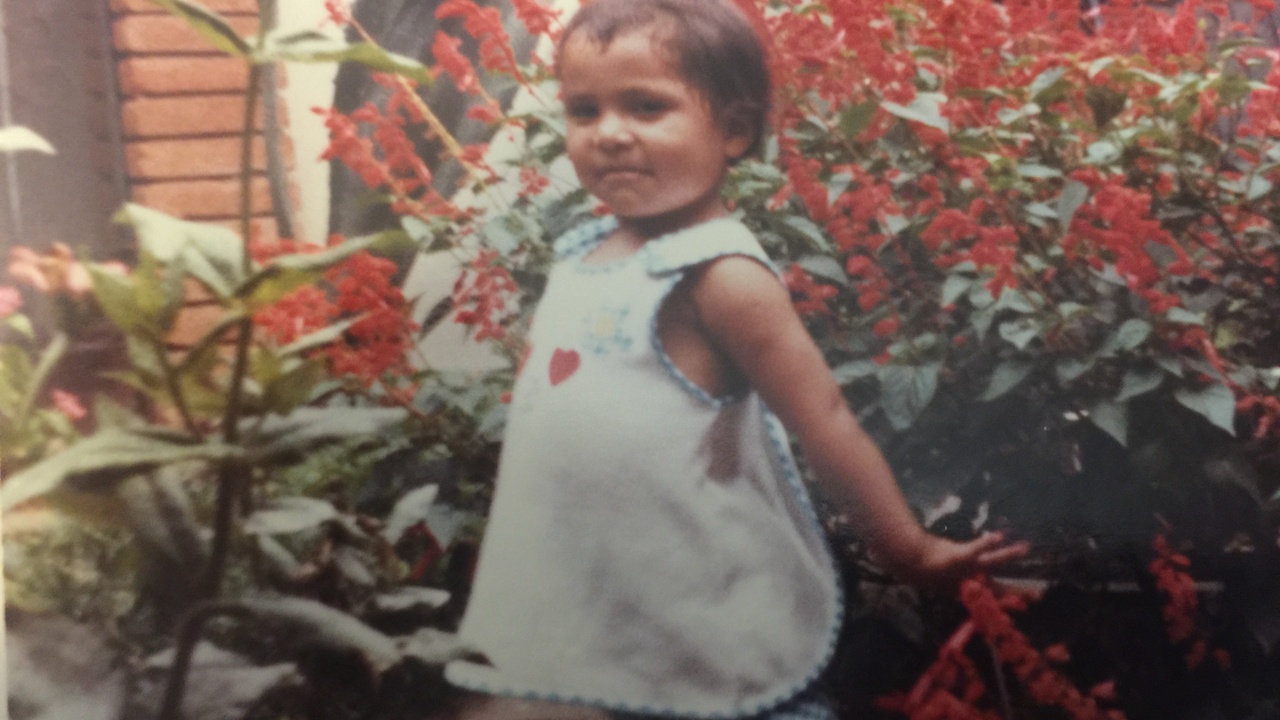 Being severed from my ethnic culture was not my choice as a child but reclaiming my culture as an adult has been my choice. This is my personal story of how I lost what was once mine and gained it again through years of searching.

It was June 1983 and my adopted mother traveled to El Salvador from the Midwest to meet me for the first time. Although I don’t remember the first time we met, I can tap into the feelings of that 3 year old that was confused, lost and didn’t understand what was going on. Little did I know I was being uprooted from the language, the culture, my homeland to move to a foreign country where people didn’t look like me, speak like me, act like me or dress like me. The meeting was quick and before I knew it I was on a plane to St. Louis Missouri where I would commence my journey in the search for home.

If you can only imagine, as a child I was forced into survival mode. For me to be able to communicate with my family I HAD to learn the language quickly. I spent that first summer with my new mom and her parents acclimating quickly to my surroundings, learning English and becoming a whitewashed brown skinned child. My ability to acclimate or be a “chameleon” type personality ended up coming in useful quite a bit as I grew up.

As a very small child I don’t have any memories of being different however it doesn’t mean I wasn’t taking in my surrounding like a sponge. I have a very vivid memory in kindergarden meeting a girl who was of Indian decent and being so excited we had the same skin tone that I put my forearm against her’s and exclaimed “ we are the same color!” You see, in the 80’s I lived in very white suburbia St. Louis, in other words there were no people of color. I had no playmates that were of color in my neighborhood until my adopted sister came along in 1987. My mother did befriend a woman who also adopted two girls from El Salvador and the four of us would play, often being the only children of color at the local playground or outings we went on.

I didn’t realize what an impact it would have on me later on in life having a complete void of local friends of color, role models of color or not being exposed to my Latinx community.

Don’t get me wrong, I had opportunity to be exposed to my Latinx community on multiple occations, but it was sporadic. I went through grade school being subjected to whiteness in school, at camp, at church and my community. I felt SO alone. Not only didn’t I have anyone that looked like me I felt a complete sense of un-belonging based on looking different than my family. The feeling of marginalization manifested itself into anger, frustration, lashing out, violence, sadness, depression and often thoughts of suicide.

Joining a Ballet Foklorico Group when I was 12 year old was the brief insight I needed as a child of the community I was missing out on. I got to dance all over stages in St Louis, meeting, conversing and immersing myself in the Latinx community that I longed for. Those times give me vivid feelings of excitement and pride for finally feeling like I belonged somewhere just because of the way I looked, even if I couldn’t speak Spanish. I decided that year, that was going to change. I wanted to learn Spanish and had the opportunity to dive in when they offered it at my Middle School.

Fast forward to High School, like many adolescents it was the most trying years of my life. Wave after wave of feelings of insecurity, unworthiness and sadness filled me up daily. As a teenage because of the way my family was structured, I was not nurtured to speak or share my feelings. As a single mother, my mom was constantly on the go. She worked long hours as a teacher, raised the two of us but also severely struggled with exhaustion, adrenal fatigue and her own personal health. I was not every provided a safe space to speak, use my voice or be allowed to be the person I wanted to be. Luckily, because I have always been a outgoing person; finding outlets for myself was not hard. I joined the tennis team, continued my Ballet Fokloricko and kept as active as I could. Being raised by an educator, the expectations were very high for me to succeed. I was often told “I had to work harder” because of the way I looked and “People wouldn’t take me as seriously” because of the way I look. It re-engrained in me this narrative, “I have to struggle” and I carried this through adulthood.

I didn’t want to be different. I tried desperately to fit in and be accepted including trying to befriend some of the other Latinx kids at my high school only to feel rejected by them because I wasn’t “Latina enough”. My junior year in High School was a pivotal year. I befriended a girl who was biracial, her mother was Mexican and her father was white. We didn’t speak much around this but I was drawn to her and her experience as someone straddling two cultures. I felt I was somewhat doing the same, being raised by a white parent on the search for my Latinx identity. College was when I really began to blossom. Leaving the nest at 18 and venturing into the dormitories at college was the best thing I could have done for my personal growth journey. Being at a small Liberal Arts College didn’t go without it’s feeling or marginalization. I learned quickly that my comfort zone was sitting with the international students, most of them who were of color and would sit at the same tables away from all the white students. I say it was a comfort zone because we all experienced similar narratives of navigating whiteness. I, on the other hand, because being subjected to whiteness in my own family, was able to navigate both sides of the coin, but not without difficulty. Often students from Latin American countries didn’t have patience with my Spanish, looked at my oddly when I said I was adopted and raised by a white mother. My white student friends never asked about my experience of being adopted, being raised by a white woman, or being a Latina woman and would say things like “I don’t see color” which often left me feeling like I was their token “brown friend”. The accumulation of years of un-belonging took to a head my sophomore year winter when I fell into a deep and dark depression. It looked like I had it together on the outside, being part of numerous student organizations, making good grades, perusing a double major, being a T.A., being a part of the tennis team all while inside I was crying out for help. A grand pivotal moment was when I went on my first study aboard the winter of my Junior year. I journeyed to Nepal, my first international travel since I was adopted and was immersed into the rich vibrant culture. During my travels I saw first hand what a developing 3rd World Nation looked like and I kept reflecting in my journal how strange it felt to be wistful of the life that I was torn from, but yet so lucky not to have. I was told so often as a child “You are so fortunate to be adopted! How lucky you are! Can you imagine where you would be if you hadn’t been adopted?!” These questions kept swimming in my 20-year-old brain and it made me have an overwhelming sense of guilt. The feeling of guilt and also pride is very common within the Transracial adoptees community. Guilt that has formed in us from years of people telling us we need to feel grateful, but also pride because we have such a unique story.

Luckily the pride took over for me the last few semesters in college. I was able to help start the Latin American Student Union (LASO) and a women’s organization and do another study aboard in Peru my senior year. Peru was the experience of a lifetime. I finally was immersed in the rich Latin culture I was searching for my whole life. Before I knew it, I was speaking Spanish like a local and even being mistaken for one. I felt so at home I didn’t want to leave.

After gradating from college, like most post college students I didn’t know where my path would take me. I got offered to come out to San Diego, California and decided I would take my friend up on her offer. I threw everything I owned into my Ford and ventured out to San Diego, not knowing anything about it, not having a job and only knowing two people. Upon coming to San Diego it was major culture shock, I had no idea that it was full of the Latinx community. I fell deeply in love with San Diego and it’s people. The community of people with Mexican ancestry who called themselves Chicanos became my people. Chicano is an identity-name that was constructed to convey the “straddling of the border or two communities”. I knew what that felt like, to be constantly straddling or negotiating my cultural spaces. It is hard work, exhausting at times. I learned a lot more about myself when I attended graduate school 5 years into moving to San Diego. Without realizing it I was drawn into identity construction, race and ethnicity research that lead me to discover my passion for learning about Transracial Adoption. I became my own research. I dove deep into the Transracial Adoptee Identity narrative and at the time, 2007-2010, there was little to no research done on the Adoptee identity construction. It was through this process, interviewing other Adoptees, reading articles, watching videos, seeing people reunited with their birth families that I discovered the feelings of un-belonging, depression, sadness and suicide was not just my own experience. There were others who felt the same way. I felt like I was not as alone anymore. Now with surge of social media we have access to many other stories like my own and I am grateful we have the opportunity to share them. The International Transracial Adoption Identity is very unique because we carry ancestral trauma from our homelands, we are severed from our ethnic culture against our will, we are transplanted into homes where most of the time few people look like us and forced into whiteness. Most of us don’t have outlets in which we can express ourselves. This leads us to spend a majority of our life feeling unwanted, and seeking in people and things to make us feel whole again as destructive as it can be. Being a Latina Transracial Adoptee is a very complex identity to carry around for years but I made the conscious decision to celebrate it in all its uniqueness. That being said I am changing the narrative of what it means to be Latina. In reclaiming the pieces of my ethnic culture for myself, it has allowed me to live my life more authentically and in purpose, I have finally found my home, it has been in me the whole time. I hope that by sharing my personal story give you permission to do the same! 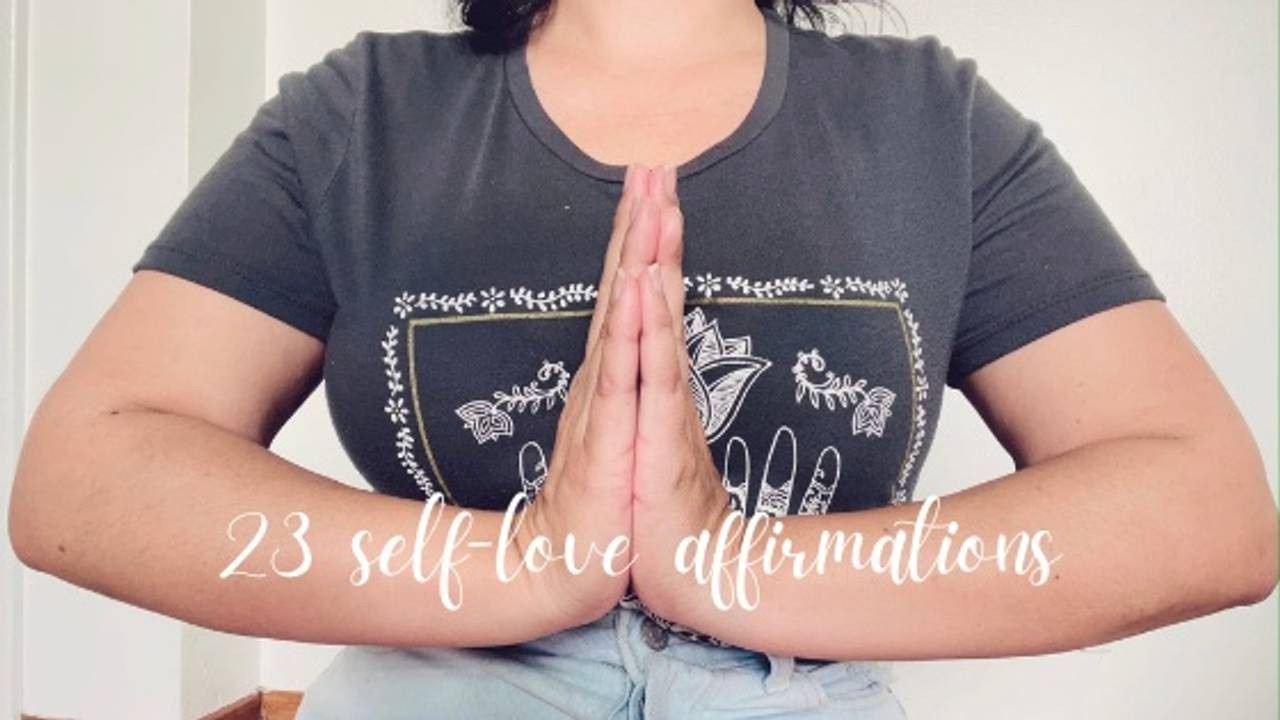 Get Your Self Love Affirmations Audio

Take a moment each day to listen to these affirmations to help boost the best relationship you will ever have, the one you get to have with yourself.

I Want This!
Close